Shining a Greenlight on the environment

Our 2016 GreenLight Exhibition Series puts a spotlight on the environment thanks to two exceptional photographers – Pierre Gleizes and Daesung Lee.

The GreenLight Series consists of two separate exhibitions featuring the work of Frenchman, Gleizes and South Korea’s Lee. While the style and subjects of their images are quite different, both explore the state of the environment and the changes it is inflicting on people and communities around the globe.

‘A Plea to Stop Overfishing’

Pierre Gleizes’ exhibition, A Plea to Stop Overfishing, highlights the tragedy of the world fishing industry with a focus on fishing off the coasts of Africa, Scotland and China.

Gleizes’ emotive works bring home the economic and environmental impacts of the industry and the effects big commercial fishing fleets are having on small communities.

Fishermen who once earned their livelihood from the sea are having to go increasingly further to catch fewer fish resulting in lower incomes and unemployment. His work also brings to attention the fishing nets: floating death traps covering thousands of kilometres; the safety and humanitarian issues of lifeguards on out of service trawlers and the impacts of large, high-tech European trawlers.

Gleizes’ interest in environmental issues spans more than three decades. He is an avid Greenpeace supporter and was a photographer and crew member on board the Rainbow Warrior. He founded the Greenpeace International photographic service and played a key role in the creation of Greenpeace’s international media image. 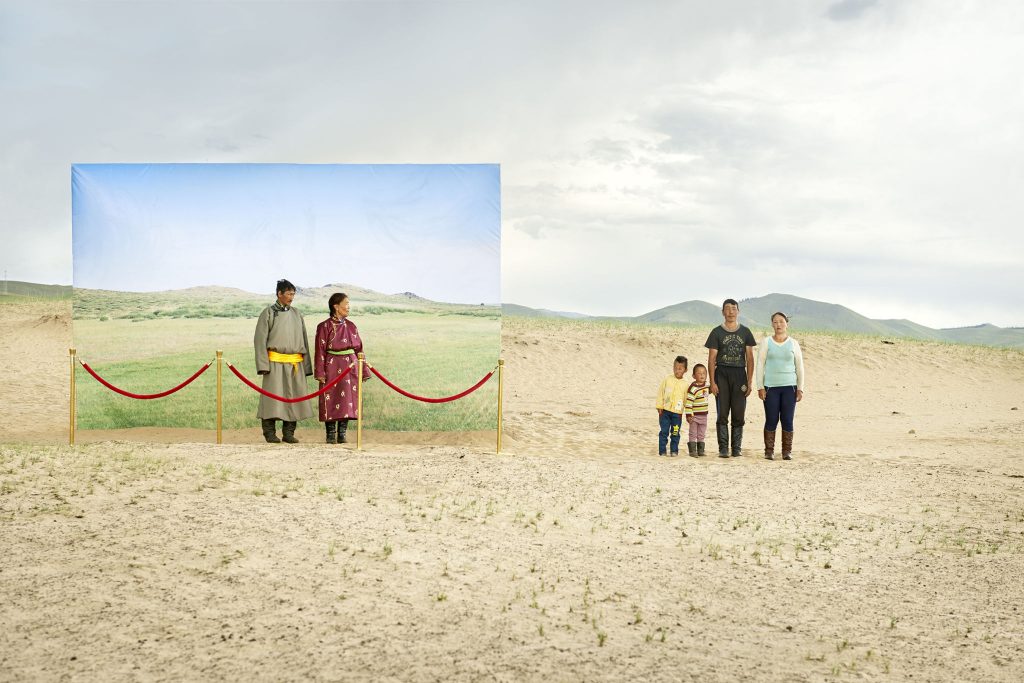 In stark contrast to Gleizes’ depiction of the oceans, Daesung Lee’s Futuristic Archaeology delves into the desertification of the Mongolian landscape and the impacts on the nation’s nomadic people. 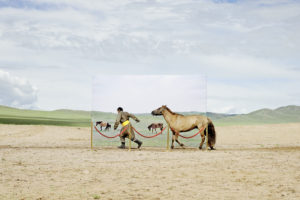 About 35 per cent of Mongolians still live as nomads, a way of life that has dominated the Mongolian culture for at least 1000 years. But the landscape is changing and this traditional way of life is being increasingly threatened. The Mongolian government estimates 850 lakes and 2000 rivers and streams have dried up and 75 per cent of the country is at risk of becoming desert.

Lee’s work brings attention to the issue and highlights that this traditional way of life will soon be extinct. He shows the contrast and changes by using billboards of images and placing them into areas of the Mongolian landscape.

Born in South Korea, Daesung Lee lives and works in Paris. He uses images to analyse the impacts of globalisation on people and nature. His conceptual approach enables him to experiment and project his view of the changing world. Lee was a winner in the Sony World Photography Awards in 2013 and 2015.

You can view both of these exhibitions throughout the Angkor Photo Festival:

‘A Plea to Stop Overfishing’

Come check them out and let us know what you think!