This was the first I ever worked on, and I wish I never had to make it. It is an archive of memories of an innocent young man, who lost his life to communal violence. He is one among the many, whose deaths are reduced to mere number count and whose lives are forgotten too soon. It is their families, which never cease to carry them silently in their hearts.

Hussain who was 24 years old, the only son of Saira and Salim Sandhi, residents of Gulbarg Society, Ahmedabad. Hussain was killed in the communal riots of Febraury 2002.

The Gulbarg Society was attacked by a mob, which breached the boundary wall and started torching houses. Most of the houses were burnt, women raped, men and children killed. By evening, 69 people, including former Congress MP Ehsan Jafri were charred to death. Even now, these charred houses of Gulbarg society remain abandoned and uninhabited, a memorial of the brutality of the foregone past.

While their home was burning, digging in the soot, Saira and Salim Sandhi could carry these very belongings of Hussain with them, which lay there half burnt and brittle, ready to be lost forever in the fire.

This journal stands as an evidence and is made with an intention to preserve the memory of Hussain’s life. 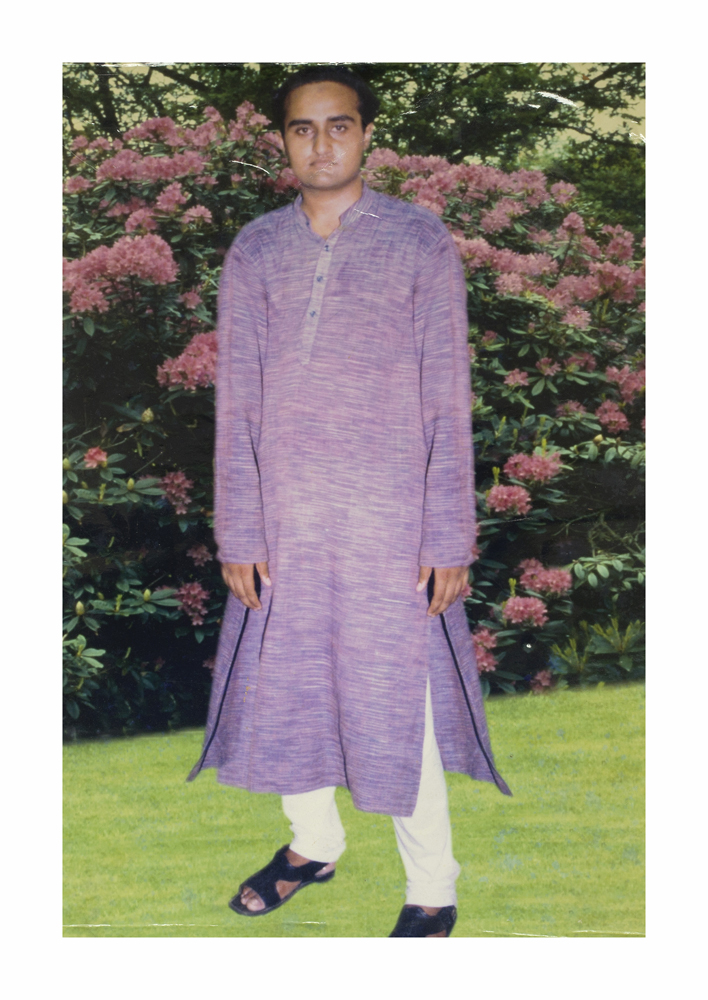 Born and brought up in Kanpur, Uttar Pradesh, Kirti Kumari is a recent graduate from NID Gandhinagar, where she completed her Post Graduation in Photography Design. Traditional and Alternate photographic and printing practices interests her. Currently she is reading, writing, researching, experimenting and slowly trying to set up a small studio space with a DIY darkroom where she can develop on her skills and expand my practice.

Kirti’s photo projects are mostly based on ethnographic methodologies. Both the state of unrest as well as calm triggers her to make photographs. She is naturally intrigued by photographs ability to be lucid, keep flowing and merging between the real and the unreal.