A ‘Retrospective’ of Shōji Ueda

We’re thrilled to present ‘Retrospective’, an exhibition of works by one of Japan’s most outstanding photographers, the late Shōji Ueda. 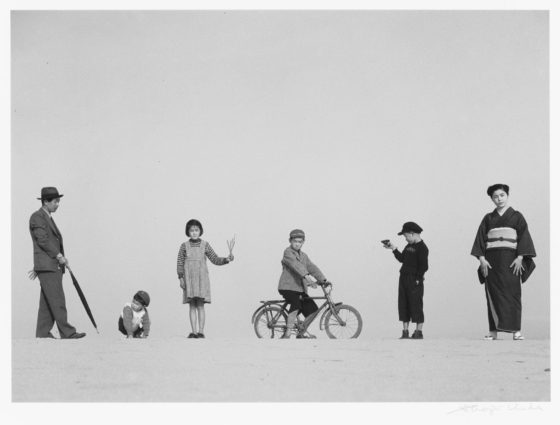 Born in 1913, Shoji was influential in developing photography in Japan throughout the 1900s. He was renowned for his unique style, using a combination of surrealism and realism to produce captivating images. An adventurer, he explored the world around him and all the details in it. He created most of his work in the area close to his birthplace, Tottori, on the Sea of Japan, using the dunes in the area as a backdrop for many of his works. Strong lines, silhouettes and the simplicity of dark tones against light backgrounds feature strongly in his artwork. 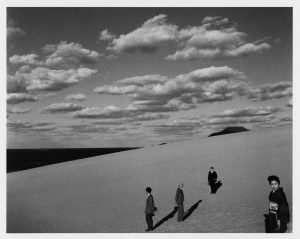 Shōji’s reputation grew rapidly during the 1930s and his photos were often featured in magazines and displayed in exhibitions. Shōji’s string of accolades include awards and exhibitions. He taught at Kyushu Industrial University for two decades. The Shōji Ueda Museum of Photography was founded in 1995. The following year, the French government awarded him a Chevalier des Arts et des Lettres.

Shōji Ueda passed away in 2000, leaving a mark on the photography in Japan and around the world.

‘Retrospective’ is one of six exhibitions showcased at this year’s Angkor Photo Festival. Shōji’s work adds a dynamic contrast to some of the other exhibitions and a rare opportunity for people to view his art in person.

Join us for the opening with Yutaka Matsutani from the Shoji Ueda Museum of Photography on December 3rd, Saturday, at 9.00pm.

We’d like to provide a huge thanks to Bloom Pro Lab in Thailand for working with us and producing the beautiful prints of Shōji’s work. Another big thank-you goes to Full Frontal Gallery for hosting this exhibition. 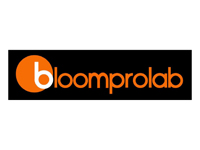 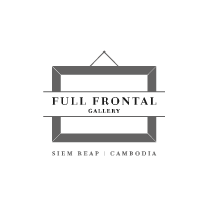