With less than 24 hours to go before the opening ceremony of the festival, there is a buzz in the air and most of us are a bit short of breath at the moment.

Many guests from other parts of Cambodia and from other countries arrived today – we’re very happy to have with us some photographers whose work will be exhibited – Paolo Patrizi, Sokdam, Zalmai, and Sophal. Mohamed Camara is arriving at the airport at this very moment, and Hans Silvester arrives in a few days.

There are also many other photographers here whose work will be projected during the nightly slideshows – we will write more about them on the day of their slideshows!

For our friends who were unable to be with us this year, we’ll be keeping you posted about all events and happenings. We’d like to show you how the exhibitions are this year! 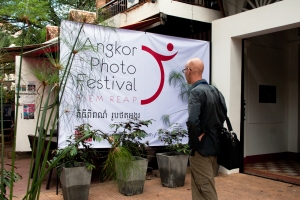 The festival centre at the Angkor Photo Gallery 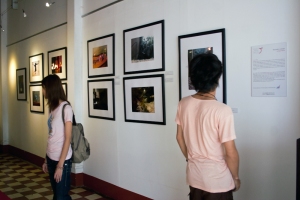 Outside the Angkor Hospital for Children

Exterior of the McDermott Gallery

Zalmai's Invisible in the City at McDermott Gallery 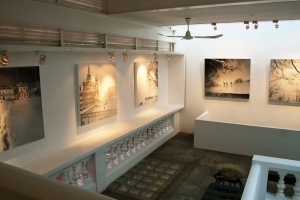 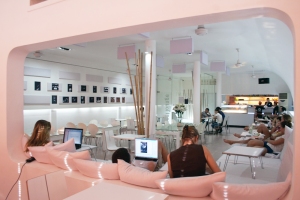 Of the 14 exhibitions we have this year, four will be held at outdoor locations! Jean-Yves Navel, the director of the festival, is also the genius behind all our outdoor installations.

With the start of the annual water festival coinciding with the festival, we’re really looking forward to having the crowds coming in to see the exhibits.

Will share more photos of Rijasolo’s work which is hanging at the FCC Angkor tomorrow when we write about the opening ceremony!